True speech is not permissible, restricted by a variety of  media code regulations. Even we were unaware of this multitude of true speech restrictions, until we read the sanctions and reprimands of the German and Austrian Media Council.

And of course, there is PresseKodex #12.1, blatantly mandating restrictions to true speech based on color of skin (“minority” membership, in violation of  non-discrimination mandate section #12)

People who live in a safe and wholesome environment get shielded from knowledge about true cruelty of the outside world.

Such knowledge can be

If you live in Nairobi, Guatemala City, Lahore, or the worst Ghettos in the US, your personal experience, local gossip and local news give you a dose of reality. You encounter victims of shootings, accidents, you witness robberies, see violent bullying and more. If you live in Europe, USA, Australia, Canada you live in the good-white snowflake world: clueless about the brutal reality of the outside world and the life experience and attitudes of people that are accepted into their lands.

This video violates all 4 gag orders that make TRUE speech “not permissible”
1) it shows violence and brutality 2) it violates the human dignity of the victim 3) it reports crimes perpetrated by young people and 4) it shows the criminals’ ethnicity, black girls beating a white girl.

Portrayal of violence, brutality and suffering

For those curious about learning about uncensored brutality we will posted here Gore and Cruelty as Teachable Moments– TRIGGER WARNING.  For more civilized examples of black violence we recommend to Google

Prize-winning journalist and book author Colin Flaherty’s social media accounts get regularly blocked and deleted. He violates media gag orders, shows Blacks sucker-punching Asians, Black melees in shopping centers, White kids getting punched by Blacks, and more. He aggregates the videos that don’t make it onto national TV due to all the media code restrictions.

In the German penal code, section 131, showing brutal truth is punishable with up to one year in prison2

All these media restrictions have the very clear side effect of keeping the population ignorant about what truly happens in the world. This subverts the foundation of democracy, of the informed voter.

Privileged secure White neighborhood never had the experience of constant danger of robbery, car jacking, gang violence,  lynching that are present in less privileged parts of the world.

Reprimands of the German and Austrian media council show this very clearly. Videos about school children getting seriously beaten, photos of a corpse with the stolen knife in the body, or of seriously injured people are reprimanded for being sensational or not respecting the human dignity of corpses or injured people. It just so happens that the perpetrators are, to a large extent, “disadvantaged minorities”, refugees, Muslims,, or  African Americans. Or ISIS Jihadists: 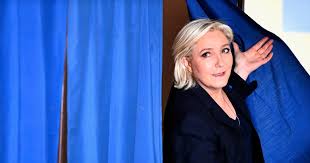 Oh insincerity. There are plenty of groups inciting terrorism, from Islamists to the Antifa. Certainly not Le Pen. So the accusation is probably regarding  harm to  human dignity. I fathom that most terror or robbery victims would rather have photos of their corpses published to  serve as warning against their murderers, than hidden to preserve their posthumous human dignity. A beheading victim died of neck wounds, Swedish media said,  “warning fellow Swedes not to share the graphic clip, informing that violation of the law may be punished with up to four years’ imprisonment.”4. Over-eagerly media and government  over-fulfilled the media code request.  Media lied by understating the gravity and cruelty of the crime and government put draconian penalties for those who divulge TRUE information.

Below  we will link to sites with gratuitous gore and cruelty. Strangely, most of this happens in Africa, South and Central America, and Muslim countries, or in majority black or Muslim parts of town in US or Europe.  Rarely gore happens in protected white (or model minority East Asian, Jewish, …)  neighborhoods. (Disclaimer )

In ghettos, high crime countries people naturally encounter shot robbery victims, maimed traffic accident victims agonizing on the streets, corpses in lakes of blood, live robberies, and more. Almost everyone has a friend who was a crime victim, who got hurt or killed. Their friends and local news tell them horror stories.

Such seemingly innocuous and neutral  media code regulations mislead the public. It is not just the blatant dishonesty of  PresseKodex 12.1.  REPORTS ON CRIMES When reporting crimes, it is not permissible to refer to the suspect‘s religious, ethnic or other minority membership 5

Other media code regulations also make sure that publication of TRUE INFORMATION gets repressed and reprimanded. It just so happens that this true information also makes “minorities” look better to avoid “prejudice” (which frequently is true6)

Section 11 SENSATIONAL REPORTING, THE PROTECTION OF YOUNG PEOPLE The Press will refrain from inappropriately sensational portrayal of violence, brutality and suffering. The Press shall respect the protection of young people. [Source: German PresseKodex English]

GUIDELINE 11.1 INAPPROPRIATE PORTRAYAL A report is inappropriately sensational if the person it covers is reduced to an object, to a mere thing. This is particularly so if reports about a dying or physically or mentally suffering person go beyond public interest and the readers‘ requirement for information. When placing pictorial representations of acts of violence and accidents on front pages, the Press shall respect the possible effects on children and young people. [Source: German PresseKodex English]

GUIDELINE 11.2 REPORTING ACTS OF VIOLENCE In reporting actual and threatened acts of violence, the Press should weigh carefully the public‘s interest in information against the interests of the victims and other people involved. It should report on such incidents in an independent and authentic way, but not allow itself to be made the tool of criminals. Nor should it undertake independent attempts to mediate between criminals and the police. There must be no interviews with perpetrators during acts of violence. [Source: German PresseKodex English]

GUIDELINE 11.3 ACCIDENTS AND DISASTERS The limit of acceptability in reports on accidents and disasters is respect for the suffering of the victims and the feelings of their dependents. Victims of misfortune must not be made to suffer a second time by their portrayal in the media.

Section 1 TRUTHFULNESS AND PRESERVING HUMAN DIGNITY Respect for the truth, preservation of human dignity and accurate informing of the public are the overriding principles of the Press. In this way, every person active in the Press preserves the standing and credibility of the media.

If truthfulness violates human dignity, truthfulness suffers. Serious crimes already violated human dignity. When terrorists blow off people’s limbs, violent mobs beat someone in a near death coma, the victim is not very much concerned with his or her human dignity. Rather, the non-reporting protects the human dignity of the criminals, like section 12.1.

GUIDELINE 13.3 CRIMES COMMITTED BY YOUNG PERSONS When reporting on investigations and criminal court proceedings against young persons and on their appearance in court, the Press must exercise especial restraint out of consideration for their future. [Source: German PresseKodex English]

More truths that must not be published. The perfect protection for MUFL’s (German for minor unaccompanied refugees), underage NAFRIs7 repeat criminals.

School Bullying Terror
Interracial school bullying is covered up, not prevented. Vulnerable children of all races are forced into schools without protection against violence and rape by “historically underprivileged” youth.  See the video further up in this post.