Researchers must be allowed to discuss the relationship between “race” and “intelligence” [How Stifling Debate Around Race, Genes and IQ Can Do Harm, Evolutionary Psychological Science, 2018] say Noah Carl, a 28 year-old sociologist at Britain’s University of Cambridge, in a high-impact journal. [Source: Noah Carl | Vdare]

No. Noah Carl, you are not even allowed to discuss the legitimacy of the research gag order.

Who should decide what topics should be off limits

How INSINCERE and DISHONEST.  Our understanding of science is that there should be NOTHING off limits. It has been decided long ago.

Exceptions usually don’t apply to research but only to to journalistic publication (libel, intellectual property, instructions how to build chemical and biological weapons). We will write about other exceptions later.

As SINCERITY.net shows, in our media and society the Truth is not permissible.

Noah Carl, a young British social scientist, stands accused of peddling “racist pseudoscience.” And as I discovered, even asking whether the accusation is true invites the same sort of unwelcome attention.[…]

That is not, critics of the open letter said, how academia should work. Jonathan Haidt, a research psychologist at New York University, told me, “Academic norms are very clear, which is that you’re supposed to rebut arguments; you don’t use guilt-by-association.” […]

But there is a scientific mob that is so brainwashed, scared, or ignorant, that they ally with the politically correct anti-science to call real science “pseudoscience”.  Nobel winner James Watson, top 20 most influential Americans of all times, top 100 Person of all times, was socially and scientifically destroyed for a well meaning comment about race differences.2

Hundreds of academics have signed an open letter about Carl’s work, calling on his employers to publicly disassociate themselves from his research and investigate his appointment to a Cambridge University fellowship. The letter, released earlier this month, cited Carl’s attendance at a much-criticized conference on intelligence in London, but it didn’t go into detail about his research. [Source: WaPo]

Of course, if the most prestigious Scientist of the 20th century was destroyed, which other scientist can oppose the prevailing dogma? This world can only be changed by thousands starting a united Truth Revolt: Defy gag orders, tell truth 3

Carl’s published papers address sensitive subjects such as Islamist terrorism and immigration. More provocatively still, he has argued in favor of researching race and IQ. But since the open letter didn’t cite specifics, defenders of Carl’s academic freedom could only guess at what had provoked it. [Source:WaPo]

Oh insincerity. It is “provocative” to  argue in favor of researching an extremely relevant topic. So relevant it can be argued Racism Saves Lives, Freedom of Speech, Banks, the World Economy. 4 5 6Are we back to the anti-scientific mystical religious middle ages?

I wrote to signatories asking for more-specific critiques. Many responded thoughtfully. But the sheer number forced me to send group emails, which turned lively when a member of the Cambridge English faculty promptly warned the others that Wikipedia placed me on the political right.

[…] and shared correspondence from someone else condemning the “racist banality” of my writing. Further protest from me was obviously useless; my political inclinations were proof enough of my motive.[Source: WaPo]

No arguments. Only “racism” accusations. We need to Reappropriate “Racist”, Reclaim “Racism”. Own the Insult “Racist”!7. Because the scientific Truth is Racist, races are different 8

All somewhat ironic, considering that I already leaned toward believing that research into race and IQ should be off-limits. […][Source:WaPo]

The author has to disavow his desire for free research, for freedom of TRUE SPEECH  or else he would be out of a job

While some signatories provided detailed methodological criticism, research psychologist Lee Jussim argues that his critics are using excessively high standards that wouldn’t apply if he had come to different conclusions. But I asked Jussim to respond to a deeper critique I’ve long been worried about, one concerning Carl’s most controversial paper.10, 11. Danger and cost of anti-racism are vastly underestimated  12, 13

Without hesitation, Jussim agreed. Carl wasn’t endorsing a link between race and IQ, Jussim pointed out, just starting a discussion about whether we should study it. “If we had that discussion,” he said, “I would personally advocate for a moratorium for all the reasons you just described.” […]

Does Jussim believe in this, or is it self preservation. Jussim went to the edge and over the edge of what is permissible. But he stops short of the final conclusion. Of condemning restriction of TRUE SPEECH and research about TRUE FACTS.

The Cambridge English professor wasn’t the only one who seemed to assume my reflexive agreement with Carl, making reasoned argument fruitless. In fact, I’ve long suspected the impossibility of doing such research with what historian and signatory Daniel Carey calls an adequate “duty of care.” But I wasn’t better persuaded by implicit accusations of bad faith. Instead, my conviction was bolstered by people such as Jussim and Carey, who argued methods rather than character.

Oh insincerity. This entire article sees faults in research but does not mention the enormous research by Arthur Jensen 14

[…] you don’t get much more prestigious than Britain’s University of Cambridge. So imagine the Leftist gnashing of teeth when Noah Carl, a 28 year-old sociologist  who has argued in a high-impact journal that researchers must be allowed to discuss the relationship between “race” and “intelligence” [How Stifling Debate Around Race, Genes and IQ Can Do Harm, Evolutionary Psychological Science, 2018], was given a job there. Unfortunately, Establishment Right defenses of Carl’s academic freedom have been less the impressive. [Source: Noah Carl | Vdare]

Carl has also published an article entitled  Net opposition to immigrants of different nationalities correlates strongly with their arrest rates in the UK, [Open Quantitative Sociology and Political Science, 2016]; spoken (though not on race) at the London Conference on Intelligence where fearless academics met up, beneath the radar, at University College London; and  signed a letter publicly defending the intellectual rigor of that conference. [Communicating Intelligence Research, By Michael Woodley of Menie et al., Intelligence, 2018] [Source: Noah Carl | Vdare]

Now Flynn has written a paper about academic freedom and race. Here is a summary, and a critique of some points.

ABSTRACT
There should be no academic sanctions against those who believe that were environments equalized, genetic differences between black and white Americans would mean that blacks have an IQ deficit. Whether the evidence eventually dictates a genetically caused deficit of nil or 5 or 10 or 20 IQ points is irrelevant. The hypothesis is intelligible and subject to scientific investigation. If that is so, you must have already investigated it if you are to know what is true or false. To prohibit others from investigation or publication of their results is to designate certain truths as the property of an elite to be forbidden to anyone else. It is to insulate them from whatever new evidence the scientific method may provide that would modify belief. A word to those who seek respectability by banning race/gene research: how much respectability would you get if your position were stated without equivocation? What if you were to openly say genetic equality between the races may or may not be true; and that is exactly why I forbid it to be investigated. Or: “I do not know if genetic equality is true and do not want anyone else to know.

[…] One of Jussim’s own papers shows that left-leaning social psychologists have long been inadvertently biasing their research toward answers the left finds congenial.

And all these biased answers are tilted towards the LEFT, whose idols Mao Zedong, Stalin, Lenin, Pol Pot, Che Guevara, have killed more than all right wing politicians together, see below.

Given flawed scientists and imperfect scientific methods, and given the fraught history of Western racism, isn’t the likelihood of getting it wrong just too high? And the potential cost of those particular errors simply too catastrophic to risk? All societies place some questions out of bounds because they’re too toxic; we don’t debate whether child molestation or spousal murder is acceptable. 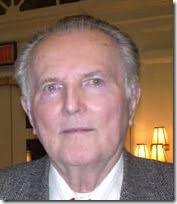 Nov 6, 2012 … Arthur Jensen, a University of California, Berkeley professor whose scholarly contributions to the field of psychological measurement were often … 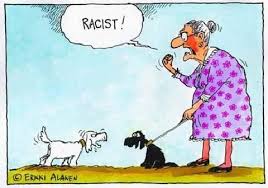 Science Versus Ideology – American Renaissance  Jul 27, 2012 … The Minnesota Study of Twins Reared Apart (MISTRA) was one of the most important psychological studies of the last 50 years. It began in …