Implicit bias is caused by #RacistFacts about “minority” crime. #FactsAreRacist, #RacistFacts must be hidden from the voting citizen1 to avoid “prejudice”.
At last, police obey the 50 year old #PCGagOrder, as reported by Sincerity.net
https://dailycaller.com/2020/07/01/san-francisco-mug-shot-ban-racial-bias/

Citing racial bias, the San Francisco Police Department halted its practice of releasing booking photos Wednesday in what the department is calling a “groundbreaking” new policy.

Chief of Police William Scott made the announcement in a department notice Wednesday morning, the department announced in a press release. The department will continue releasing mug shots in situations where the public is in imminent danger or when the police need the public’s help in locating an individual.

This is not new. The AP Stylebook even requires Media to remove true facts about ethnicity of a criminal2, as soon as the suspect gets apprehended.3* 5

Media gag orders do NOT color-blindly repress ALL race information.  In reality, the honestly anti-white gag order of the German PresseKodex12.1applies everywhere.

PresseKodex #12.1, blatantly mandating restrictions to true speech based on color of skin (“minority” membership, in violation of  non-discrimination mandate section #12)

Information about “minority” perps gets scrubbed.  But the race of white perpetrators with “minority” victims is strongly emphasized. Stirring prejudice against Whites  by mentioning race of white suspects is all right.

In a recent attack on the Alt Right, libertarian writer Cathy Young [Email her] took specific aim at my work on what we tag here at VDARE.com “Not Reporting Race”—the Main Stream Media custom of not reporting that a black, minority, or immigrant individual committed a crime, while always reporting when a black, minority, etc. is a victim of a crime

“This policy emerges from compelling research suggesting that the widespread publication of police booking photos in the news and on social media creates an illusory correlation for viewers that fosters racial bias and vastly overstates the propensity of black and brown men to engage in criminal behavior,” Scott said.

Where is the research data that humans are so flawed and such such bad statisticians. What a cynical contempt for humanity!

#RacistFacts cause “prejudice”and thus the immature citizen must be protected from the truth. 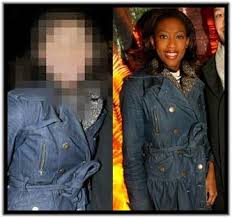 3 Aug 2019 … To #whitepixel or #pinkpixel a criminal’s dark skin in a photo or video, it first is bleached pink white, then pixelated. Thus no prejudice arises, because all …

Scott added: “SFPD is taking a stand that walks the walk on implicit bias while affirming a core principle of procedural justice — that those booked on suspicion of a crime are nonetheless presumed innocent of it.”

Presumption of innocence is not for Whites, like here

or rather obedience of the #PCGagOrder7

The new policy was formulated with the assistance of community groups, news organizations and San Francisco officials, according to the department.[…]

New York and Georgia already have laws preventing the release of mug shots, according to the Associated Press. However, these laws are intended to prevent people from posting the photos on websites and then charging to have them taken down. [Continue at Mug Shots Foster Racial Bias And Will No Longer Be Released, San Francisco Police Chief Says]

Votes rigged brazenly, by omitting facts that can be EXPLOITED by the

The pretense of color blindness in AP Style book, NYT media code and other countries’ media codes is blatantly dishonest and false.

Narrative compliant politically correct (PC), but scientifically false, beliefs about racial and gender “injustice” are the cumulative result of a half century of obfuscation and indoctrination. Lies and omissions abount,… [...]

Afghanistan is not Germany nor Japan. Afghanistan cannot be rebuilt like these nations were rebuilt after world war II, with the Marshall plan. To posit insurmountable cultural, religious ethnic differences… [...]

Hate facts are truths that must not be spoken among the intelligentsia any more because doing so could offend some “protected” group.[11] Facts that are politically incorrect and will get… [...]

Omission- with intent to mislead- is a LIE. #1 FAILURE-to-DISCLOSE-ALL is deceptive misrepresentation

Misrepresentation by lack-of-FULL-disclosure can be serious illegalities, before the law.  Yet leftist’s incessant lies-of-omission, required by media ethics codes and police gag orders, are socially acceptable, tolerated, even virtuous.  Even… [...]

Inequality Taboo, the lie that destroys the world.

When the truth is taboo, resulting policies have disastrous consequences. Long debunked, factually false narrative causes unspeakable damage. No matter how good the egalitarian intentions, no matter how much effort… [...]