The creed of politically correct egalitarianism is recursively self perpetuating1 and can never be falsified2. Falsifiability–required by science, abhorred by PC 3

Not permitted to point out failures of diversity

“Diversity is strength” is unfalsifiable because of PC speech restrictions.

Mr Buchanan’s site CAMPAIGN FOR MERIT IN BUSINESS gets repressed.  Instead, scientific theories that Mr Buchanan debunks4, continue getting promoted.

James Watson’s5 well intended remarks about solving of African problems led to his demise and destruction. He tried to falsify our African policies and suggest we need to change. Without PC taboos, Watson could help to find better, more humane, more successful solutions to help Africans world wide.

Diversity is strength only in white nations. No one bemoans lack of diversity in Japan or Uganda. Never a #UgandaTooBlack movement! Diversity of European Nations with diverse characteristics is NOT diversity.

abolish PC, allow free speech, free scientific analysis. Let scientific truth prevail. If an un-PC theory is not supported enough to blatantly be called “the truth”, let the theory be freely discussed and tested against PC theories. More at TruthRevolution.net

“As horrific as this tragedy [Fort Hood mass murder terror] was, if our diversity becomes a casualty, that would be worse”6.

School Bullying Terror
Interracial school bullying is covered up, not prevented. Vulnerable children of all races are forced into schools without protection against violence and rape by “historically underprivileged” youth.

Falsifiability–required by science, abhorred by PC – Honest scientists must indicate tests that could prove their pet theory false. Unfalsifiable theories cannot be taken seriously. Except by post-modernist junk science.  One of the tenets behind the scientific… … 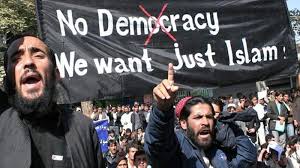 Mar 25, 2016 … A 10 chapter Analysis showing that. the Koran created Islam as a genius viral program, for maximum impact, for unstoppable world wide …

Narrative compliant politically correct (PC), but scientifically false, beliefs about racial and gender “injustice” are the cumulative result of a half century of obfuscation and indoctrination. Lies and omissions abount,… [...]